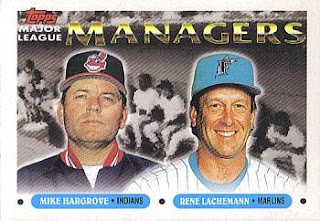 About the Front: I like Rene Lachemann's 1984 Topps Traded card better. Check out that hair! 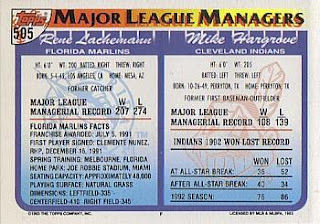 11-Year-Old Kevin Says: I've read oodles of baseball books in the quarter-century that I've been a fan, but one of the few I struggled to finish was Men at Work by conservative political columnist George F. Will. I started it in the mid-90s, put it down, and didn't finish it for more than a decade. One of the few things that I remember about it was the segment in which Will was following around then-Oakland manager Tony LaRussa and his coaches. Rene Lachemann had an impressively profane vocabulary, even by baseball standards.